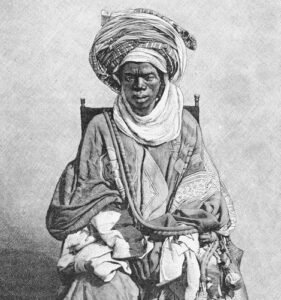 In most discussions of people with extraordinary powers of mental calculation, there is some mention of Thomas Fuller, an African, shipped to America in 1724 as a slave at the age of 14. He was born in 1710 Africa somewhere between present day Liberia and Benin. Late in his life his remarkable powers of calculation made him a tool of abolitionists due demonstrate blacks are not mentally inferior to whites. After is death, Fuller became a tool of psychics and psychologists. The latter, while denying blacks of mental abilities, supported the notion of idiot savant. Fuller, though extraordinarily quick at calculations, appears not so much the equal of idiot savants as someone who had taught himself quick calculations. Many of those who met him advertise his general self-taught intelligence and decried the system which prevented him from formal education. 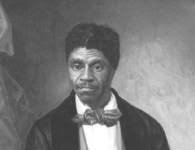 Our present new understanding of mathematics in Africa at that time allows us to claim that when Thomas Fuller arrived in 1724 Virginia, he had already developed his calculation abilities. His learning of number words, a numeration system, of arithmetical operations, of riddles and mathematical games, etc. The extant evidence of this is not great, although we do know of an astronomer/mathematician, Muhammad ibn Muhammad, of that period from what is now called Nigeria.

Among the sparse evidence we have John Bardot’s 1732 account of the abilities of the inhabitants of Fida (on the coast of Benin):

The Fidasians are so expert in keeping their accounts, that they easily reckon as exact, and as quick by memory, as we can do with pen and ink, though the sum amount to never so many thousands: which very much facilities the trade the Europeans have with them.

Thomas Clarkson backed this up in 1788 with: 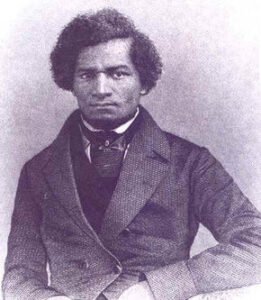 It is astonishing with what facility the African brokers reckon up the exchange of European goods for slaves. One of these brokers has perhaps ten slaves to sell, and for each of these he demands ten different articles. He reduces them immediately by the head to bars, coppers, ounces … and immediately strikes the balance.
The European, on the other hand, takes his pen, and with great deliberation, and with all the advantage of the arithmetick and letters, begins to estimate also. He is so unfortunate often, as to make a mistake; but he no sooner errs, than he is detected by this man of inferiour capacity, whom he can neither deceive in the name or quality of his goods, nor in the balance of his account.

There are surviving today, two period accounts of Thomas Fuller (both are reprinted in 1, our chief source for information on Fuller). Below is another excerpted from the Columbian Centinial , December 29, 1790, No. 707, p.123, col.32, Boston, Massachusettes. Note the reference to an ancient mathematics puzzle known to the Egyptians. Also note its pro-abolitionist conclusion:

Died- Negro Tom, the famous African Calculator, aged 80 years. He was the property of Mrs. Elizabeth Cox of Alexandria. Tom was a very black man. He was brought to this country at the age of 14, and was sold as a slave…. This man was a prodigy. Though he could never read or write, he had perfectly acquired the art of enumeration…. He could multiply seven into itself, that product by seven, and the products, so produced, by seven, for seven times. He could give the number of months, days, weeks, hours, minutes, and seconds in any period of time that any person chose to mention, allowing in his calculation for all leap years that happened in the time; he would give the number of poles, yards, feet, inches, and barley-corns in any distance, say the diameter of the earth’s orbit; and in every calculation he would produce the true answer in less time than ninety-nine men out of a hundred would produce with their pens. And, what was, perhaps, more extraordinary, though interrupted in the progress of his calculation, and engaged in discourse necessary for him to begin again, but he would .. cast up plots of land. He took great notice of the lines of land which he had seen surveyed. He drew just conclusions from facts; surprisingly so, for his opportunities. Had his [Thomas Fuller] opportunity been equal to those of thousands of his fellow-men .. even a NEWTON himself, need have ashamed to acknowledge him a Brother in Science.

Previous articleCivilians film and mock drunk Ghanaian police officer who can’t walk .
Next articleHere are all the public holidays sanctioned by Interior Ministry for 2022