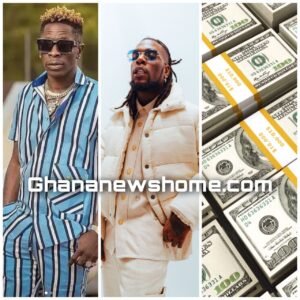 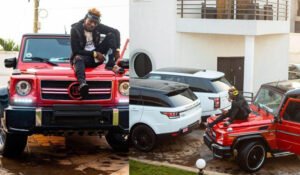 You can’t be a reggae-lover or a general music addict and not know or have heard of Shatta Wale. Well, even if you know nothing about this pop star, and you are just curious about knowing him, you are just about to read all about him on this page. To begin with, Shatta Wale is a Ghanaian-born producer and reggae-dancehall musician, formerly known as Bardana. In this article, we have covered everything about Shatta Wale starting from his early life, education, his careers, houses, cars and so much more. 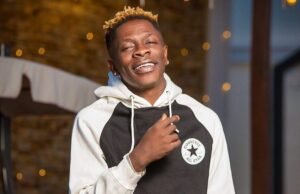 Shatta Wale is his stage name, he was christened Charles Nii Armah Mensah Jr. He was born in Accra, Ghana at the Police Hospital on October 17, 1984 to Charles Nii Armah Mensah Sr, a politician, businessman and legal practitioner. Growing up, he lived with his family in Laterbiokorshie, Dansoman and then later Korle Gonno during his formative years. Shatta Wale grew up deprived of motherly love from his mother, Elsie Evelyn Avemegah,who seprated from father because of a ‘counsel’ from a pastor. This deprivation affected his development because according to him, it influenced him to end up on the streets.

His affinity for arts came alive in early years in school where he acted in a popular Akan drama series; By the Fireside, at the National Theatre of Ghana Shatta Wale attended Seven Great Princes Academy at Dansoman, a suburb in Accra. His father represented a major catalyst to his love for reggae music by exposing him to the Jamiacan culture. During his formative years, his father was fond of playing Reggae records in the house. His dad also continuously took him to the UK to meet his relatives who were half Jamaicanson his frequent travels.

Shatta Wale would have almost dropped out of high school due to his growing passion for music.But his father, who originally wants him to be a lawyer came in to  save the day, forcing him to complete his high school education later in the Volta Region of Ghana which had initially kicked off at the Winneba Secondary School in the Central Region of Ghana.

His unbending love for music caused a rift in his peaceful relationship with his father. Shatta Wale lived in almost all the ghettos (Nima) in Accra just to survive: “There were many times I slept without food. I have been through all the hustle in life, I mean hell. I have lived with the people and became one of their own. No wonder my music easily resonate with people. I am thankful to God for making me see the day light.” he stated in an interview.

Shatta Wale learned to play keyboard and received routine vocal training at his school’s music class department, then known as Doggy while he attended Winneba Secondary School. He kept on polishing his musical ability, at some point he traveled to Jamaica to master his craft.

At the the early stages of his career, the dancehall genre in  Ghana was fairly undeveloped. With  street credibility in his favor, he soon gain recognition with his hit single, “Moko Hoo”, which featured fellow Ghanaian musician Tinny in 2004 using Bandana as his stage name. Shatta Wale quckly gained acceptance in the Ghana music space, his hit single was nominated at The Ghana Music Awards in 2004. He soon released other hit songs; “No Problem” and “Obaa Yaa”. Despite his growing  fan base, Shatta Wale mysteriously disappeared from the Ghana music space for almost a decade.

Reigniting his career again between 2009-2012, he rebranded his stage name from Bardana to Shatta Wale (which he still bears till date). His continued his career focusing on dancehall in a Jamaican style of production in Nima, a small community in Accra, Ghana, a place that harbors a lot of Muslim youth and ghettos. Youths are usually enamored by his songs; and so they contribute a large portion of those who kept promoting his musical style and lyrics. He started gaining slow attention again with songs like “Telephone No” “Anastasia” “My Eyes Pon Di Money” and others.

His biggest hits after his comeback were Havana”, “Shatta City”, “Enter the Net”, “Everybody Likes My Tin”, and “Dance hall King”. ‘Dance Hall King’ made him go viral, earning him awards. In 2015, he released ‘Wine Ya Waist”  featuring Davido, which according to The Guardian, was among its five must-listened new tracks from around the world.  He was also the recipient of

Shatta Wale’s hit songs; “Mahama Paper” and “Kakai”  became political weapons during the elections in Ghana, 2016. Two political parties, National Democratic Congress and the New Patriotic Party used these songs to campaign against each other, under the disguise of the Shatta Movement for NDC. Speaking up for himself during this heated struggle, he said ‘There were some attempts by some members from the political parties to coax him to endorse their party but he did not cling because of his fans’. He threatened to take the matter to court if the perpetrators don’t desist from their actions.

Shatta Wale is currently the richest and most influential musical artist in Ghana with an estimated net worth of $8 million.

Owning and driving luxurius cars is a common chracteristics of every successful musical, and the Dancehall King surely cannot be an exception. He’s found of regularly updating his fleet of luxurious cars and houses in his social media pages. He has boasted of solely owing 9 luxurious cars.

Range Rover will always remain on the top list of cars any accomplished person would love to have adorned his garage. The car itself is a statement of wealth and class. Basic features of the Range Rover include full matrix LED headlights, a panoramic glass roof, auto lights and wipers, a hands-free split power tailgate, a center armrest cooler, and a WiFi hotspot, etc. The car costs an estimated 250,000 Ghana Cedis.

The brand new car acquired by Shatta Wale, a Mercedes Benz S550 , climaxes an impressive 2019 for the star. Shatta Wale announced the new acquisition on his social media by sharing photos of the Benz. When you want to make a bold appearance into a place, a cool ride to help you accomplish this is riding in ith a G-Wagon . On one of his birthdays, Shatta Wale glorified himself with a brand new Mercedes Benz which he got directly from the US. His Mercedes Benz comes with a dazzling design that will almost take your breath away.

There’s a possibility the pop star has more than BMW amongst his luxurious fleet of cars. Shatta Wale said concerning his BMW; ‘a gift for someone special’ which we presume refers to himself. 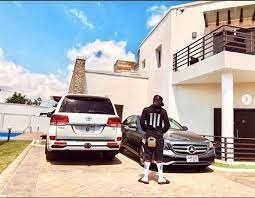 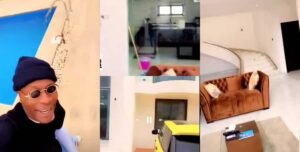 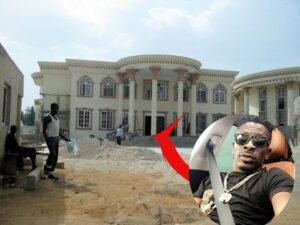 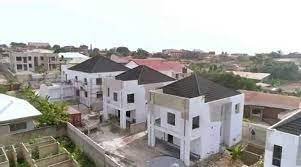 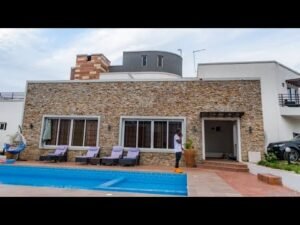 Shatta Wale is a young man who has ‘tasted hell’ and gone through poverty, so he feels just right to spend his wealth on  every good thing in life. He owns a huge house, a palatial mansion  in a private location in Accra, Ghana worth about $1 million. The house is decked with everything modern and its sure a beauty to behold. Shatta Wale boldly affirms he owns 3 mansions in  Ghana.

Burna Boy net worth 2021 is $20 million making him one of the richest musicians in Nigeria. Let’s take a look at the cars, houses, endorsements deals and more about him here 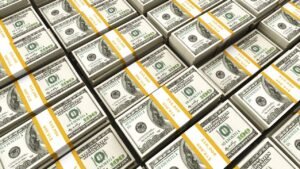 Burna Boy net worth 2021 : Burna Boy is one of the most successful and  richest musicians in Nigeria and Africa as a whole. He is a singer, songwriter, rapper, and dancer. The Grammy award winner’s net worth is currently pegged at $20 million. Keep reading as we bring to you more information about the star.

Burna Boy known in real life as Damini Ogulu was born in Port Harcourt, Nigeria. His father managed a welding company and his mother worked as a translator. His grandfather Benson Idonije once managed Fela Kuti. His mother Bose Ogulu would later become his manager.

Ogulu grew up in southern Nigeria and began making his own beats using Fruity Loops. He attended Corona Secondary School in Agbara (Ogun State) and relocated to London to further his studies. He later studied Media Technology at the University of Sussex, followed by Media Communications and Culture at Oxford Brookes University. 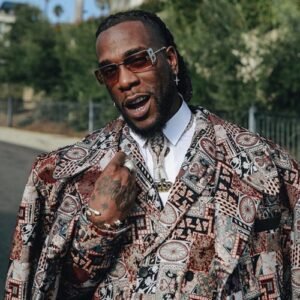 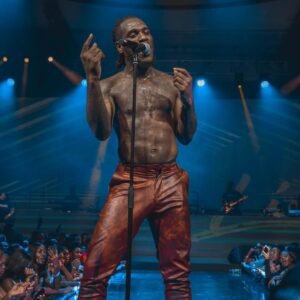 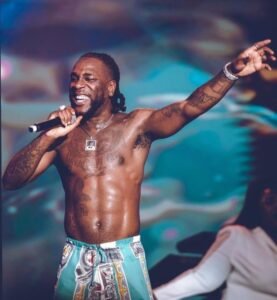 He rose to prominence in 2012 after releasing “Like to Party”, the lead single from his debut studio album L.I.F.E (2013). In 2017, Burna Boy signed with Bad Habit/Atlantic Records in the United States and Warner Music Group internationally.

His third studio album Outside marked his major-label debut. In 2019, he won Best International Act at the 2019 BET Awards, and was announced as an Apple Music Up Next artist.

Burna Boy fourth studio album African Giant was released in July 2019; it won Album of the Year at the 2019 All Africa Music Awards and was nominated for Best World Music Album at the 62nd Annual Grammy Awards.

He was awarded the African Artist of the year at the 2020 VGMA’s. In 2020, his album Twice as Tall was nominated for the same category at the 63rd Annual Grammy Awards, making him the first Nigerian with back-to-back nominations at the Grammys.

In 2021, Burna Boywon the award for Best World Music Album at the 63rd Annual Grammy Awards.

Burna Boy net worth is $20 million making him one of the richest musicians in Nigeria and Africa as well. Burna Boy is undoubtedly one of the best musicians in Africa and the world at large. He won the Grammy for  best Global music album at the 2021 Grammy awards. 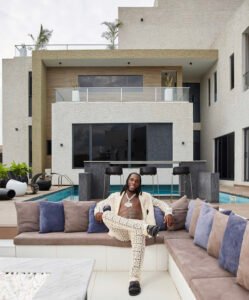 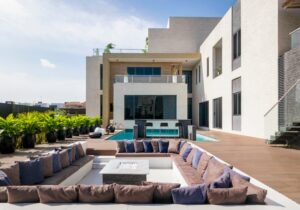 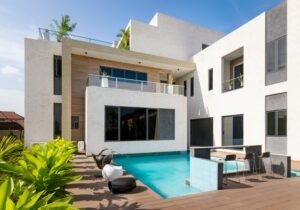 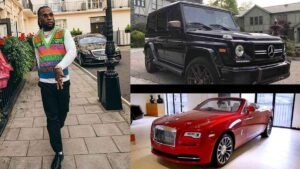 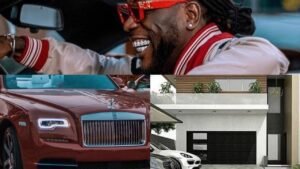 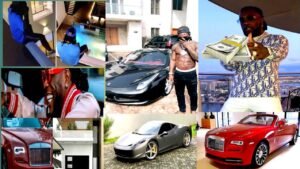 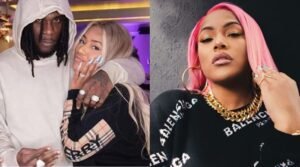 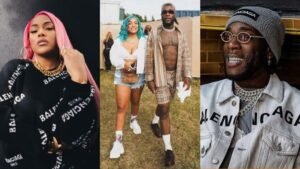 Burna Boy is not known to date prolifically, however, he had a serious but short stint relationship with Jamaican-British rapper and singer  Stefflon Don.

They were going strong, and seemed incredibly happy, and talks of marriage were in the air, until news surfaced that Burna had been seeing Instagram model Jo Pearl since 2018 (around the same time Burna and UK singer Steff started dating).

Jo Pearl took to Instagram to claim that she was in a relationship with Burna Boy, and has been for two years. She alleged that they were together in 2018 and although he went to Nigeria, she believed they were still together.

This is around the time she says he began his relationship with Stefflon Don. When she visited him in Nigeria they allegedly reignited their relationship. Jo Pearl says they never mentioned Stefflon Don when they spoke, but that seeing them together on social media was “too much” for her mental health.