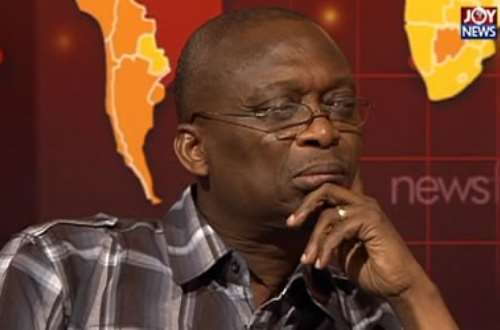 The Deputy Minister for Finance has sued the editor-in-chief of the New Crusading Guide, Kwaku Baako Jnr, the newspaper and a journalist for associating her with the demolishing of a building at Roman Ridge in October last year.

According to Abena Osei-Asare, a story on the demolishing was published under the headline ‘Dubai Embassy demolishing spree, Minister and husband fingered.’

The information available indicates that when the newspaper first broke the same story on October 18, 2021, an attempt was made to associate the former President, John Dramani Mahama, with the said demolishing.

Through allegations, the Ayawaso West Municipal Assembly demolished the property because the land is believed to belong to the former president.

The newspaper allegedly published the same story again on April 4, 2022. 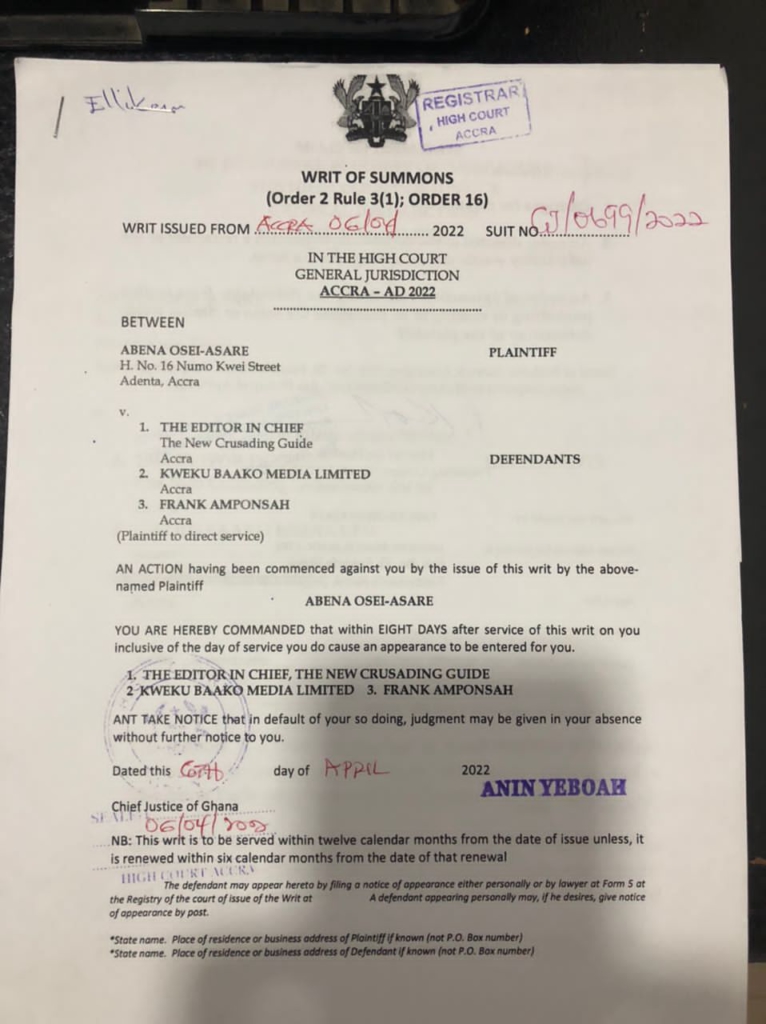 According to sources, as far back as October 2021, journalist Frank Amponsah met with the lawyer for the Deputy Finance Minister, who is the spouse and was given full access to all the court documents and facts relating to the case, which started in the year 2002 and had judgment given in 2015.

The land in question was the subject of a judgment of the High Court granted in 2015 in favour of the owner, Frank Nuamah, against three persons, namely Adjei Darko, Francis Don Lartey and Alhaji Adams.

The plaintiff, Frank Nuamah, was put in possession of the property when the court went into execution in May 2016.

An attempt by one of the defendants in the case, Alhaji Adams, to have the judgment set aside was shot down by the High Court in a judgment by Justice Afia Serwaa Asare Botwe (Mrs.) on November 2020.

Subsequently, the demolition was done by the owner, who has been in possession of the property since May 2016 and has no relation to the Deputy Minister.

By her writ, Mrs Osei-Asare is asking for damages for defamation and a retraction and apology from the publishers.