How To Protect Your Heart By Managing Stress 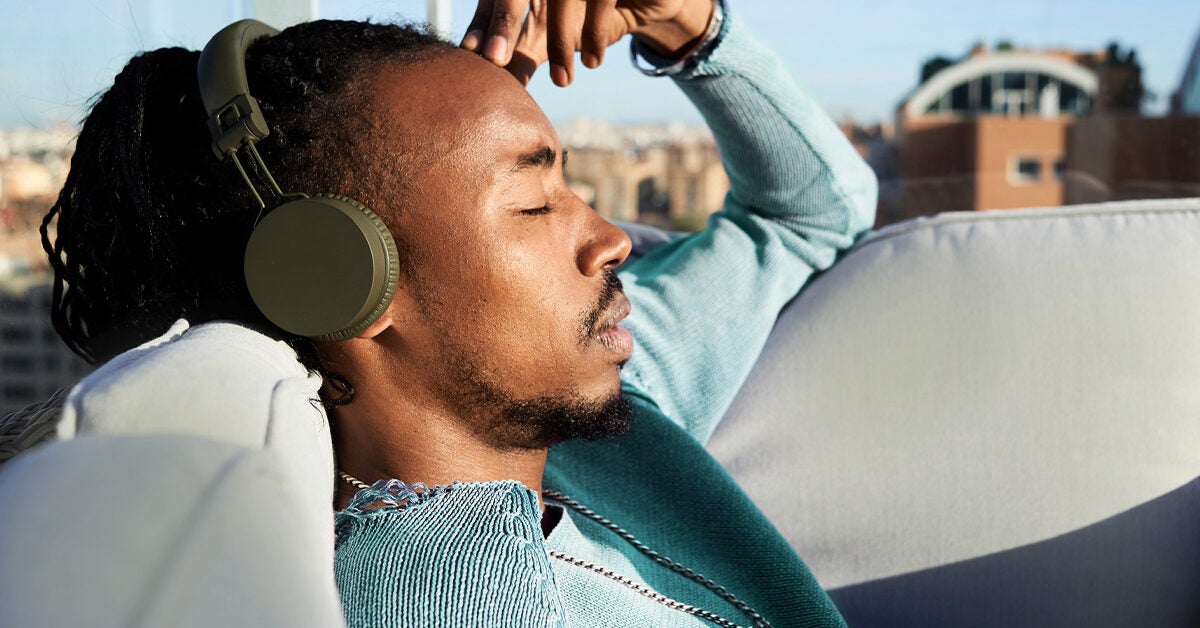 The effects of chronic stress on the body

There is little doubt that chronic stress has harmful effects on the body, and it acts in multiple ways. To begin with, the ripple effects of stress undermine healthy behavior. If you’ve ever powered your way through a taxing day on a fistful of candy bars and cigarettes, you understand the issue firsthand. But over and above such impacts on behavior, stress affects the body directly.

Abundant evidence shows that chronic stress chips away at physical health, pushing blood pressure to dizzying heights and harming the heart. It plays a role in diabetes, asthma, and gastrointestinal disorders. High levels of stress may even speed up the aging process.

By contrast, people exhibiting less stress tend to be in better health, and now we’re starting to understand why. Stress management can benefit the entire body, right down to your genes.

To the extent that stress worsens the above ailments, the relaxation response (a state of profound rest) and other stress management methods can be healing.

Cardiovascular disease encompasses a range of ailments that affect the heart or blood vessels. Chronic stress contributes to three of the most common ailments: atherosclerosis (the accumulation of fatty deposits on artery walls), heart attacks, and high blood pressure. Stress can also trigger atrial fibrillation, palpitations, premature ventricular contractions, and other arrhythmias (abnormal heart rhythms). An intense physical or emotional experience—such as surgery or the death of a loved one—can cause an uncommon condition known as stress cardiomyopathy.

Many psychological factors—including depression, anxiety, anger and hostility, and loneliness— contribute to stress. So do social factors, such as challenges related to work, family, and finances. Acting alone, each of these factors heightens the chances of developing heart trouble. When combined, their power increases exponentially.

At the end of the three-year study, participants (who all had heart disease at the outset) had lost weight, reduced their blood pressure levels, improved cholesterol levels, and reported greater psychological well-being. Both programs also appeared to improve cardiac function. What’s more, participants in the Benson-Henry program also had lower death rates and were less likely to be hospitalized for heart problems, compared with controls.

Even after you’ve had a heart attack or heart surgery, stress management can help by bolstering the benefits of cardiac rehabilitation—a supervised program to help people recover after such an event.

Stress management seems to be especially effective for lowering high blood pressure. Blood pressure fluctuates throughout the day, spiking when you exercise or get upset and dipping when you rest quietly or sleep.

High blood pressure forces the heart to pump harder to circulate blood, which eventually causes heart muscle to thicken. But in the heart, a bigger muscle doesn’t necessarily translate into added strength. Often the blood supply to the heart muscle doesn’t increase to the same degree, and, over time, the heart weakens, becoming less effective as a pump—a condition known as heart failure.

High blood pressure also damages artery walls in a way that promotes atherosclerosis. In fact, the higher your blood pressure, the greater your risk for a heart attack, heart failure, stroke, and even kidney disease.

Yes. Eliciting the relaxation response helps lower blood pressure. A variety of techniques are effective. For example, according to a 2013 scientific statement from the American Heart Association, a number of studies show that meditation can modestly lower blood pressure.

Practicing the relaxation response may even lessen the amount of medication you need to take to control your blood pressure, according to one randomized, controlled trial of older adults on an eight- week program of relaxation response plus other stress management techniques.

The gastrointestinal system is very sensitive to emotions—and anger, anxiety, sadness, and elation can all trigger symptoms in the gut. That’s not surprising when you consider the close connection and similarities between the nerves in the brain and the gut. The gut is controlled by the enteric nervous system, a complex system of about 100 million nerves that oversees every aspect of digestion and is strongly influenced both by the central nervous system (the brain and spinal cord) and by the gut microbiome—an extensive ecosystem of microbes that inhabit your gastrointestinal tract.

Over a decade ago, an influential paper published in the journal Gut reported that a combination of psychological and physical factors can trigger gastrointestinal pain and other bowel symptoms. Severe life stress, the report also noted, often precedes the onset of functional bowel disorders for people being treated in gastrointestinal clinics. Laboratory experiments show the digestive system responds to emotional arousal and mental stress. Stomach acid secretion can increase, which may lead to heartburn and inflammation of the esophagus. Stress may play a role in the development of ulcers, too. Stress can also cause abnormal contractions in the small intestine and colon and influence the pace at which food travels through the gastrointestinal tract, exacerbating irritable bowel syndrome (IBS).

Quite possibly, yes, if you suffer from IBS. Along with IBS medications, dietary changes, exercise, and probiotics, the National Institute of Diabetes and Digestive and Kidney Diseases recommends trying stress management strategies, such as meditation and mindfulness, hypnotherapy, cognitive behavioral therapy, and other forms of psychotherapy.

Nearly 26 million Americans are estimated to have diabetes. Some know it; some don’t. The vast majority—90% to 95%—have type 2 diabetes, which is often triggered by obesity, poor diet, and inactivity. Another 79 million Americans are skating close to that edge with higher-than-normal blood glucose (sugar) levels, a condition called prediabetes.

While chronic stress isn’t thought to cause diabetes, it can make blood sugar harder to control, a problem that compounds if you’re using unhealthy behaviors to relieve pressure. Keeping blood sugar levels within certain parameters set by your doctor can help you prevent, or slow down, the many complications that stem from diabetes. Heart disease (the No. 1 cause of death in people with diabetes), nephropathy (kidney damage or disease), and psychosocial distress (depression, negative outlook, and similar issues) are among them.

Possibly. The best evidence so far is for the effects of yoga on type 2 diabetes. A 2016 review in the Journal of Diabetes Research that pooled findings from 25 different trials suggests that yoga may help improve blood sugar control, lipid levels (such as cholesterol and tri- glyceride levels), and body composition, including a reduction in fat leading to weight loss.

Cancer is not a single disease, but many diseases. What they have in common is the uncontrolled spread of abnormal cells. Currently, there is no evidence to suggest that stress by itself causes cancer. But whether long-term stress may change a tumor’s microenvironment and play a role by tampering with immune defenses is a question that bears closer scrutiny.

One theory about how cancer develops suggests that cancerous changes in cells occur frequently for a variety of reasons, but the immune system recognizes the cells as aberrant and destroys them. Only when the immune system becomes ineffective are the cancer cells able to multiply. Since chronic stress can hamper certain types of immune response, this might affect the body’s ability to head off the uncontrolled proliferation of cancerous cells.

It’s too early to say, but there are promising hints. In the meantime, stress management could help people deal with some of the emotional and physical effects of cancer. According to the National Center for Complementary and Alternative Medicine, practicing mindfulness meditation can help relieve anxiety and stress in people with cancer, as well as ease fatigue and overall mood and sleep disturbances.

Stress clearly plays a role in many cases of asthma. Normally, as you breathe in, air passes through the bronchioles (small airways inside the lungs) to air sacs called alveoli, where oxygen from the incoming air is passed into the bloodstream. Meanwhile, blood returning to the lungs gives up carbon dioxide, which collects in the alveoli and is drawn back through the bronchioles to be expelled as you breathe out.

The autonomic nervous system, which constricts and dilates the bronchioles, is highly sensitive to stress. Strong arousal—whether from a perceived threat, upsetting news, or an emotional confrontation—can provoke the bronchioles to constrict, which makes it more difficult to move air in and out. As a result, stress and intense emotions, such as fear or anger, can trigger asthma attacks (bouts of breathlessness and wheezing) in some people who have asthma. Of course, physical stressors, such as cold weather and exercise, can do the same.

The extent of stress’s role in the development of asthma is still being debated. Intense family stress early in life has been proposed as one of several key risk factors. However, genetic predisposition, exposure to certain allergens, viral infections, and raised levels of certain allergy markers in the blood are also considered important.

Possibly. In 2016, an article published in the Cochrane Database of Systematic Reviews summarized findings from 15 randomized trials of yoga in people with asthma. The authors found some evidence that yoga may offer small improvements in quality of life and symptoms. But yoga’s effects on lung function and medication use remain uncertain.