The Inspector-General of Police, Dr. George Akuffo Dampare has placed a GH₵50,000 bounty on the heads of the person(s) who killed two police officers at Zuarungu in the Upper East Region.

He made the announcement when he went to the area on Thursday 16 December 2021, to commiserate with the regional police command over the deaths of the two police officers.

The two officers –Constable Emmanuel Akowuah and Constable Mohhamed Sule– who were on night patrols were both killed by suspected armed robbers on Wednesday night.

The robbers shot at the tank of the police motorbike and partially burnt constable Mohammed Sule while constable Emmanuel Akowuah was shot in the head.

Dr. Dampare assured residents that the police will be merciless in apprehending the suspected armed robbers dead or alive.

He further called on the public to volunteer useful information that will lead to the arrest of the suspected robbers. 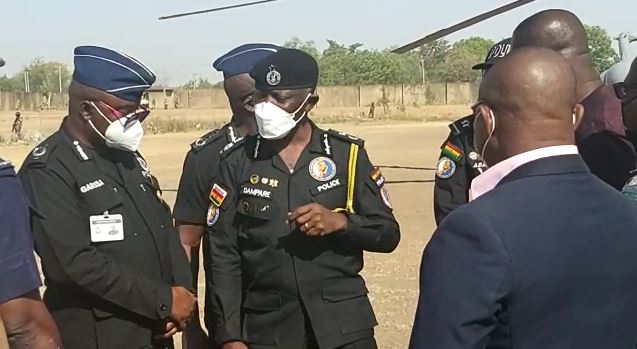 This is the umpteenth time officers have been shot dead by some unscrupulous persons.

On August 1, 2019, the then IGP James Oppong Boanuh placed a GHC10,000 reward on the heads of the killers of a Policewoman in Tamale.

The deceased cop known as Corporal Agartha was shot dead by unknown gunmen in a camouflage army uniform on Tuesday night around 10:30 pm at a checkpoint at Starr Oil filling station at Malshegu near Tamale.

The gunmen took away two riffles -one belonging to the deceased and another female police lady who in panic reaction left her weapon while running away.

In November that same year, President Nana Addo Danquah Akufo Addo joined the police service at its National training school in Tesano to honour personnel who had died in their line of work. 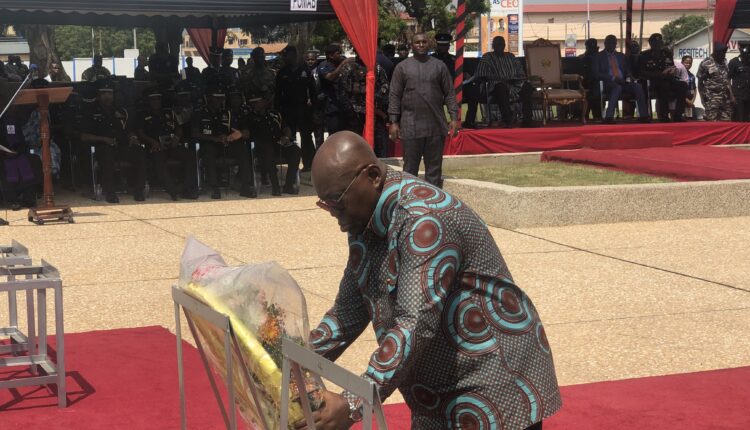 Eight officers were killed at different locations while on duty across the country.

Others are Sergeant Agatha Nana Nabin. She was shot and killed by armed men at Kumbungu near Star Oil while on snap check duty. General Corporal George Nkwanna was involved in a road accident on his way to duty, General Lance Corporal Alhassan Asare was found dead from what was suspected to be gunshot wounds while on duty.

The rest are General Lance Corporal John Andoh who was knocked down and killed by a Kia Rhino and General Corporal Bernard Antwi who was also killed while escorting miners with their black gold.

On January 22, 2020, the police again placed a GH₵10,000 bounty on the heads of the persons who killed a policeman and injured two other officers at Mankessim.

The incident is said to have happened around 2 a.m when a patrol team responded to a distress call from the ZEN filling station at Mankessim and upon arrival, the robbers opened fire injuring two police officers in the process.

A few hours after the shootout at the filling station, the body of another police officer was found lifeless about 200 meters away from the robbery scene. The deceased officer was Lance Corporal Kingsley Boahen.

Recently, the current IGP Dampare remembered their fallen heroes at a somber event at the National Police Training School, Tesano. 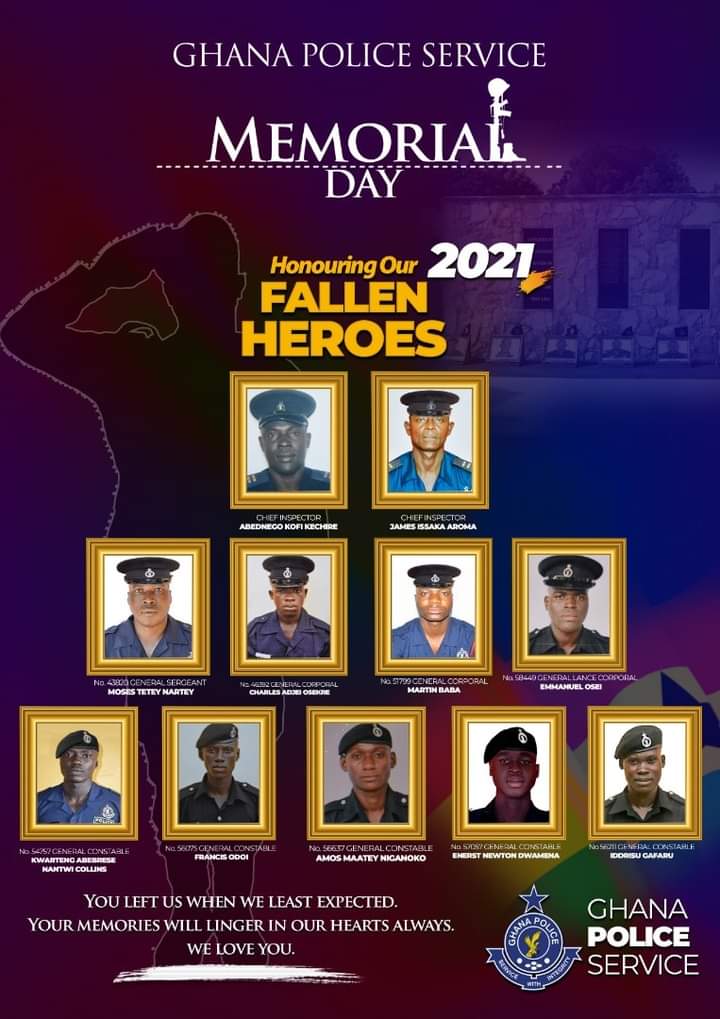