Is This the Start of World War III or Cold War II? A Ukranian army vehicle moves along a road on the outskirts of Severodonetsk, the Donetsk region, eastern Ukraine, Feb. 24, 2022. Russia launched a wide-ranging attack on Ukraine on Thursday.

In the week after the Nazis began attacking Poland, the U.S. weekly newsmagazine Time declared in its September 11, 1939, edition, “World War II began last week at 5:20 a.m. (Polish time) Friday, September 1, when a German bombing plane dropped a projectile on Puck, a fishing village and air base in the armpit of the Hel Peninsula.”

France and the United Kingdom, allies of Poland, had declared war on Germany on September 3.

In the hours after Russian President Vladimir Putin ordered an invasion of Ukraine — although no country has declared war on Russia — many are asking: “Is this the start of World War III?”

“No, it’s not,” according to Joshua Pollack, editor of The Nonproliferation Review and a former consultant to the U.S. government on issues related to weapons of mass destruction, including proliferation, arms control and deterrence. “The real question is whether it’s the start of Cold War II. The answer may depend on the longevity of Putin’s regime.”

“This appears to be one of the beginnings of a second Cold War, which we have been seeing so many manifestations of around the globe in the recent decade,” she says.

“We’re far from World War III but a lot closer than we were 24 hours ago,” says Kenneth Weinstein, a Hudson Institute distinguished fellow. “But if NATO is forced to invoke Article V by a Russian attack on the Baltics, Poland or other alliance members, and the Chinese move simultaneously and massively on Taiwan, while Iran launches a blistering attack on Saudi Arabia, we’d be there.” 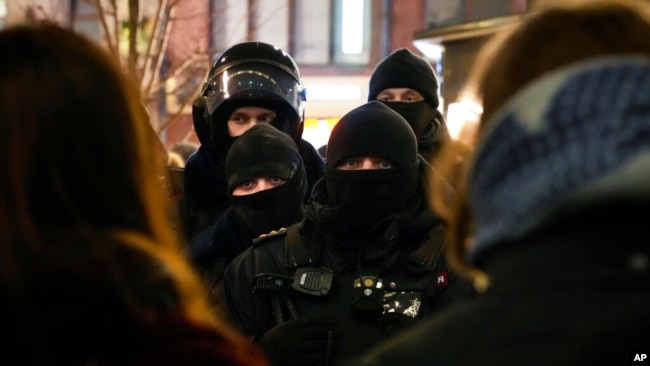 “The concern is that this becomes a larger-scale European conflict,” he says, observing “a small possibility that other states could seize on a distracted West amid this crisis to pursue escalation elsewhere. But there’s no evidence this is likely.”

What is clearer among the people who make a living thinking about such questions is that a new era is beginning this week, regardless of what it ends up being labeled.

“Putin’s invasion may well signal the death knell of the postwar global order and the rise of a revanchist global alliance of Russia, China and Iran, undeterred by the rule of law and laser-focused on kinks in the Western alliance system,” Weinstein says.

“This act of war is intended to rewrite history, and more concerning, upend the balance of power in Europe,” said House Republican Leader Kevin McCarthy in a statement Thursday.

Asked by a reporter on Thursday whether we are seeing the start of a new Cold War, President Joe Biden responded “that depends,” adding what is more certain is “it’s going to be a cold day for Russia.”

Previous articleTop 20 countries with the Strongest Military
Next articleTop Deadly Russian Weapons To Be Aware of On The Battlefield.