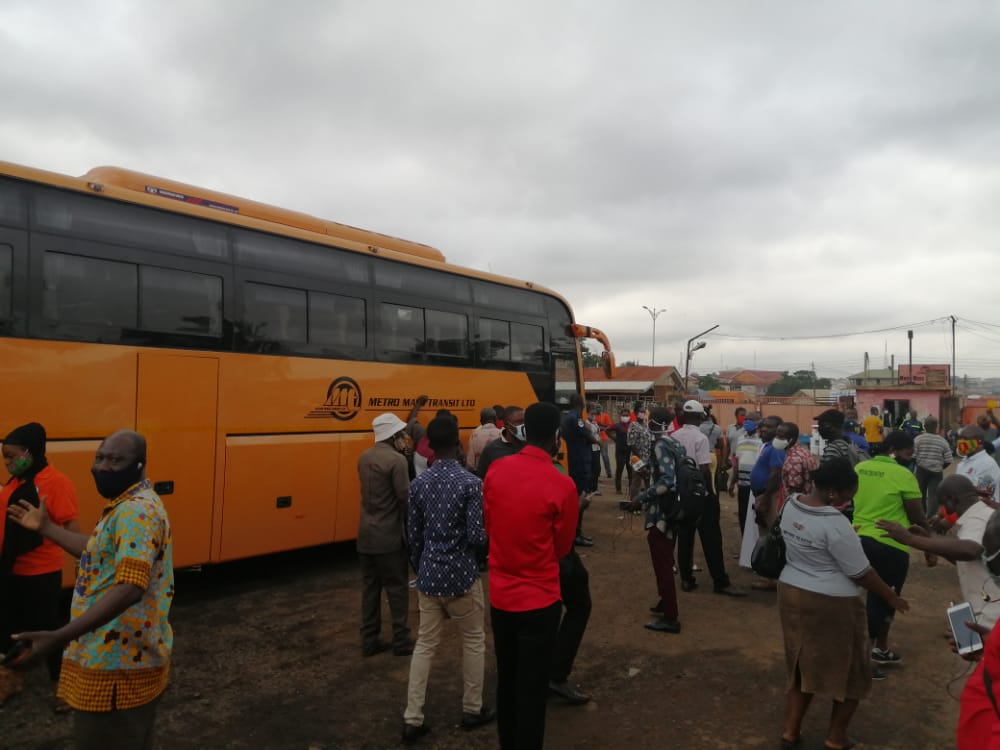 The workers of the Transport Company have been on a nationwide sit-down strike since October 12 over unpaid salaries and what they term as the incompetence of the management team to steer the affairs of the company.

Patrons of Metro Mass have been left stranded across the country, and the National Labour Commission is set to intervene to resolve the issues.

The secretary to the Senior Staff Division of the workers’ union told Citi News that, although the group has accepted to meet the Commission, the strike will continue until their demands are met.

“The demand is that, we want to hear from the President on the removal of the Managing Director. Until that, the strike is still on. We don’t know what the Commission is going to tell us, so we will still sit and go and listen to them.”

The employees laid down their tools over the delay in the payment of their two months’ salaries.

They are also demanding the dismissal of their Managing Director, whom they blame for their current condition.

Management of has assured staff of the company that they will receive their August salaries by Friday, October 14, 2022.

Head of Communications at Metro Mass, George Asante, told Citi News the leadership of the workers would be engaged to call off the strike as payment processes are underway.

“By Friday, we will be able to close the August payroll, and it will be left with just one month’s salary arrears. I don’t think that, it is fair for workers to use current economic challenges to call for the firing of their Managing Director.”

He also urged striking workers to consider the company’s struggles.

Mr. Asante noted that fuel price increases have affected the revenue generation of the company, as an example.

The company is unable to increase fares to keep up with fares.