Russian troop today entered the outskirts of another Ukrainian city as Vladimir Putin steps up his assault on the country, having last night vowed to continue until ‘total victory’ is achieved.

Mykolaiv, in the south of Ukraine, came under attack in the early hours as Russian forces moved within striking distance of the city centre. It is located just a few miles from Kherson, which fell to Putin’s men earlier in the week, and is a key point on the road to Odessa – Ukraine’s third-largest city and main port – that is now under threat.

Putin’s men also continued their bombardment of Mariupol, hundreds of miles along the Black Sea coast to the east, which remains in Ukrainian hands but is surrounded and being shelled into submission. If Russia can take it, then large parts of Ukraine’s army dug into trenches in the Donbass are in danger of getting cut off.

Russia has also renewed its bombardment of cities in the north, with Kyiv, Chernihiv and Kharkiv all coming under fresh attack early Friday – as authorities is Chernihiv said civilian areas of the city were hit with banned cluster munitions on Thursday, killing 47 people.

But Ukraine’s military did managed to pull off some successes. Two Russian jets were downed near Volnovakha, in the east near Donetsk, while Ukrainian special forces also ambushed two of the Kremlin’s tank columns at Hostomel and Brovary, leaving large numbers of troops dead and destroying vehicles.

It came after Russia launched an attack on the Zaporizhzhia nuclear power plant overnight, killing three guards and sparking a fire that raged in the facility for four hours before emergency crews were eventually allowed to extinguish it once Putin’s men had taken control.

The attack sparked international condemnation, with Prime Minister Boris Johnson branding it ‘reckless’ and saying it had ‘threatened the security of the whole of Europe’.

Kyiv says Russia has now lost around 9,200 men in the fighting, along with hundreds of tanks, almost a thousand armoured vehicles, and dozens of helicopters and jets. 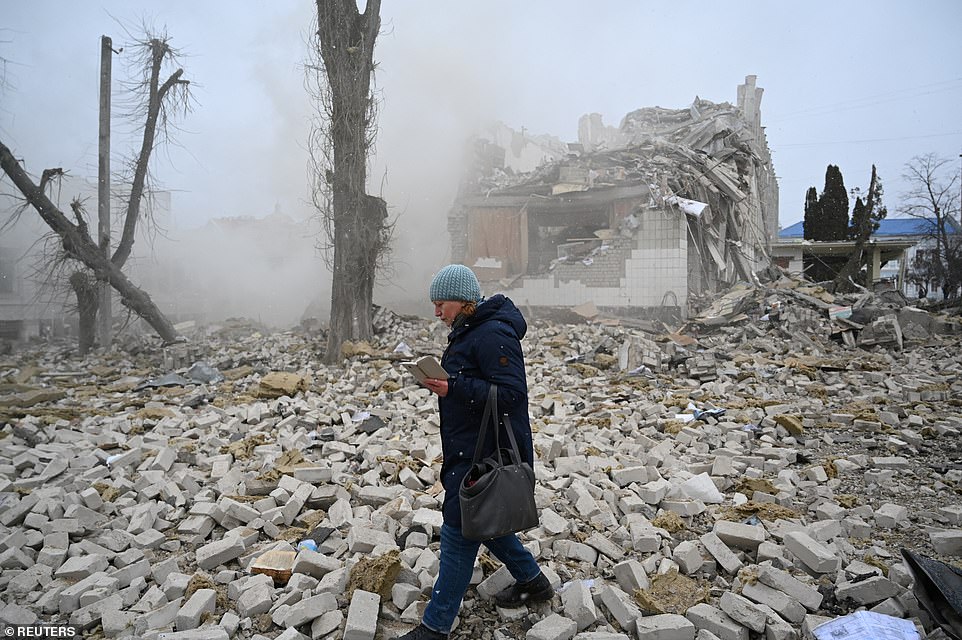 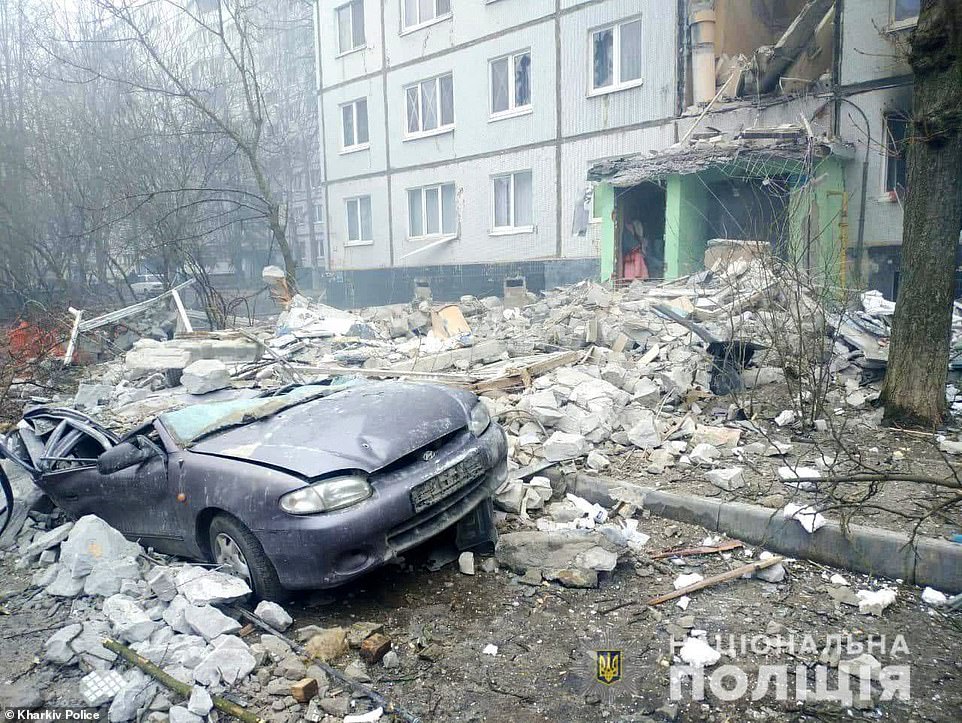 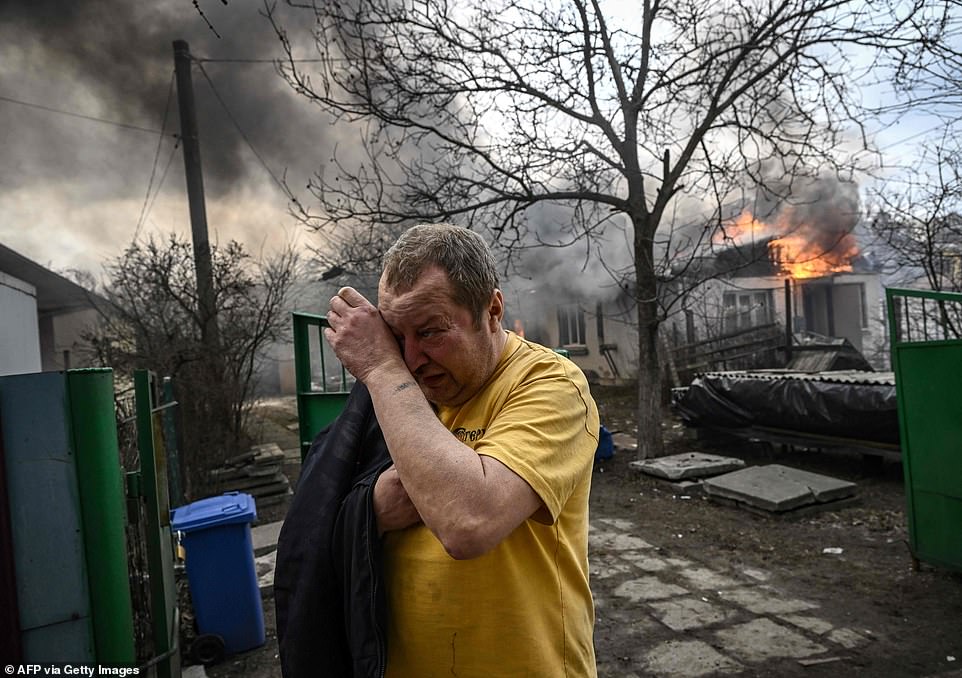 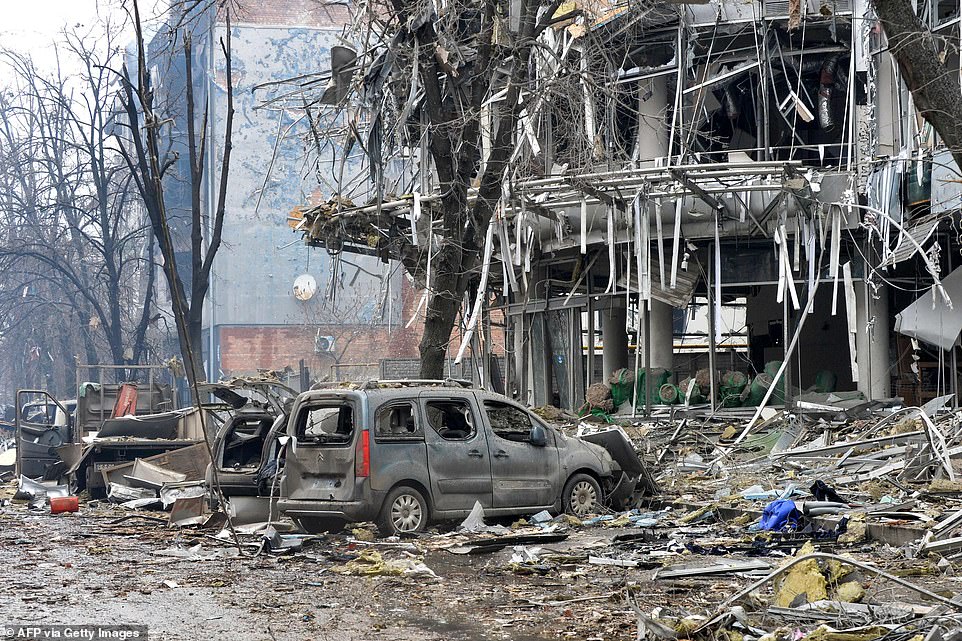 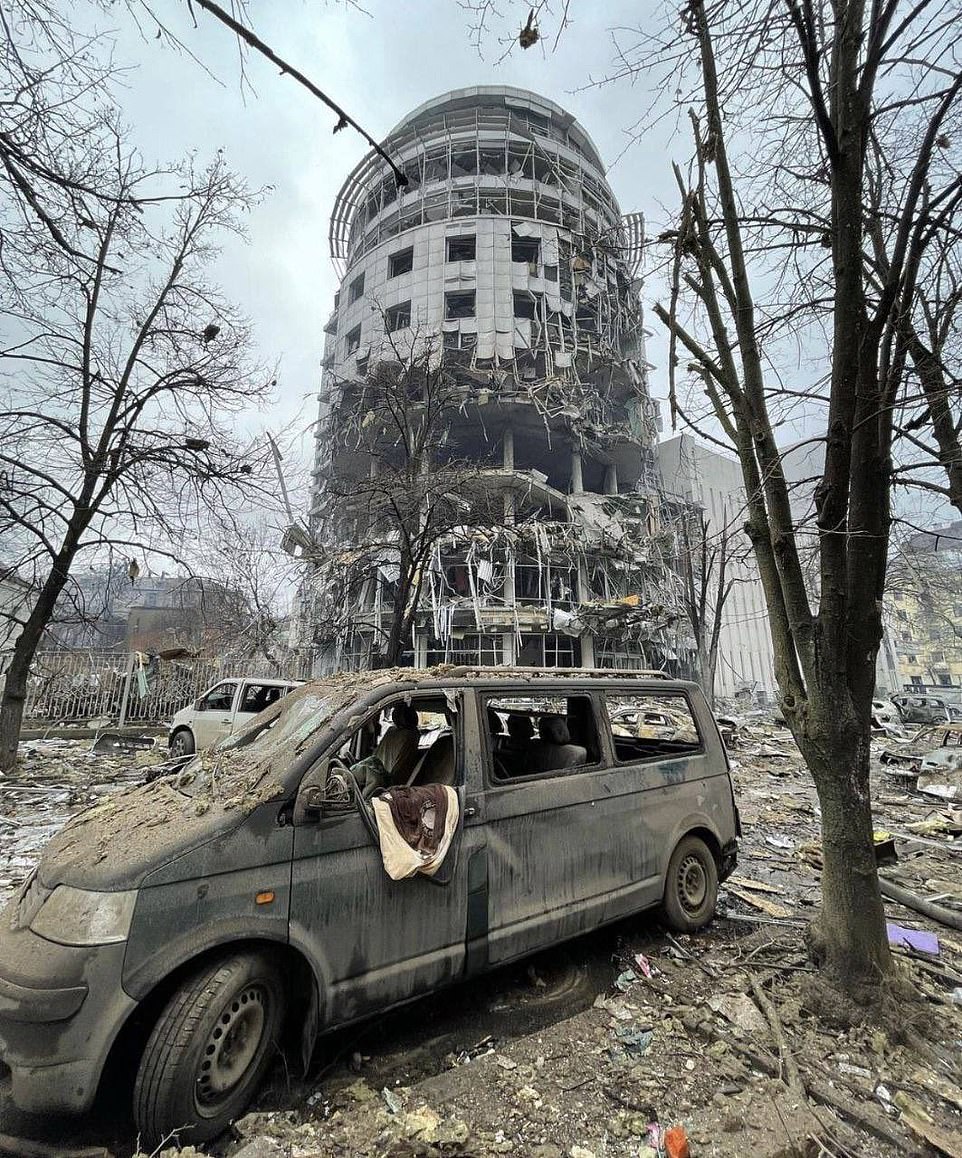 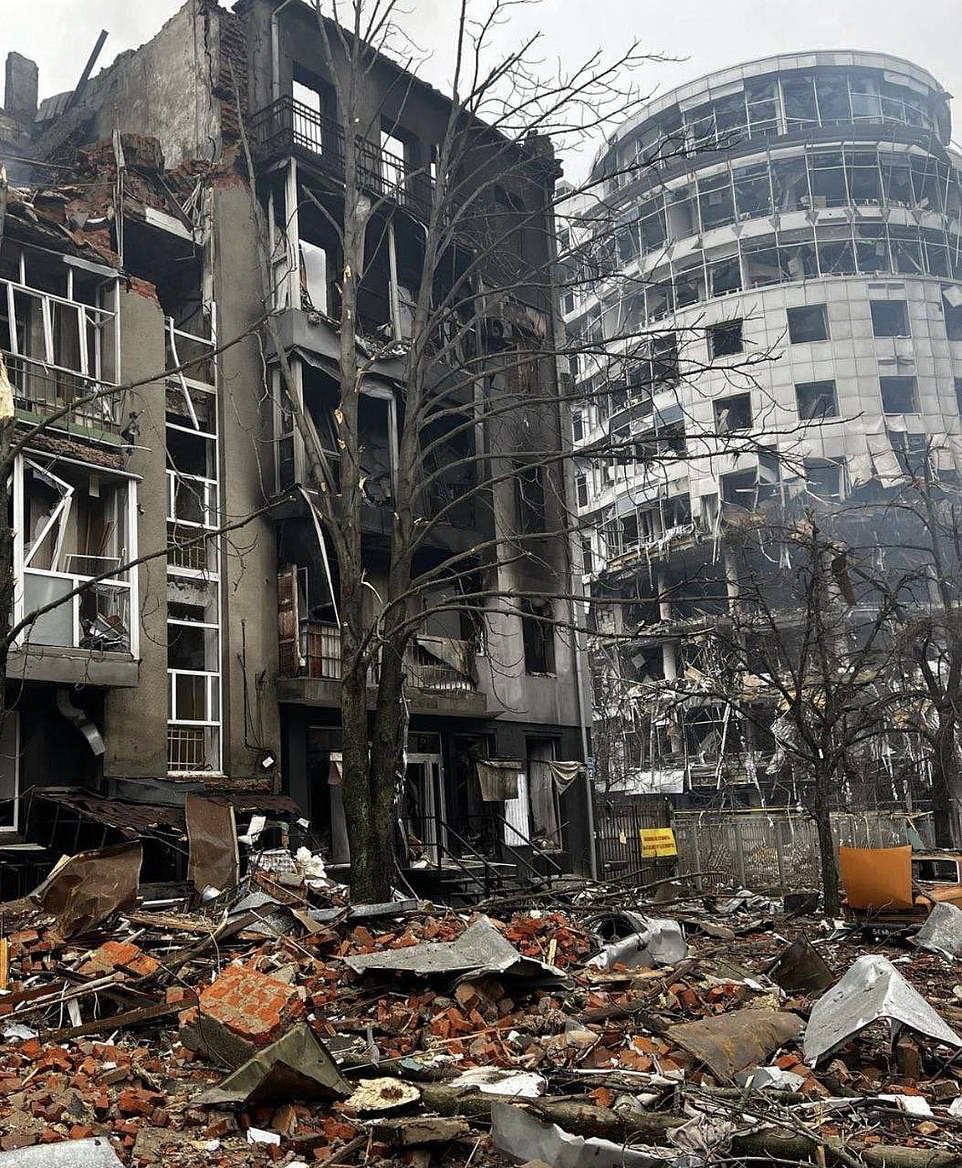 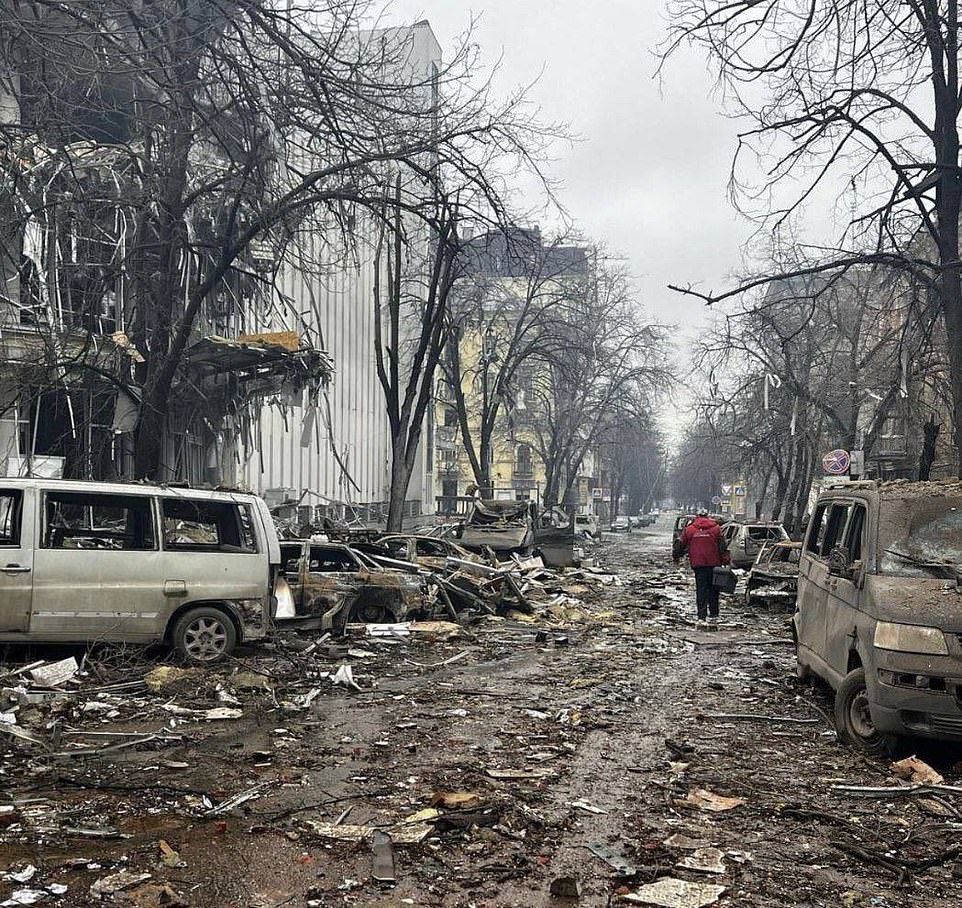